The Coers Family is moving to a self-hosted site! We’re very excited. You can check us out here: http://www.thecoersfamily.com

We’re working on awesome content – moving over our old posts – and so much more! Please be patient with us as we get our new site up and running.

Don’t worry – We’ll still be uploading recipes, stories, tips and more to this site. We’ve purchased this domain name for a year, and we intend to use it!

END_OF_DOCUMENT_TOKEN_TO_BE_REPLACED

With six children to feed we have to make sure we’re spending our money appropriately when it comes to grocery shopping. If we’re not careful, we’ll end up dropping $40 just for one trip to a fast food joint for a few burgers. We avoid eating out too often by planning our dinner menu for two-weeks and shopping accordingly.

END_OF_DOCUMENT_TOKEN_TO_BE_REPLACED

These cookies are a little party in every bite! I love all the color from the funfetti sprinkles and the M&Ms.

END_OF_DOCUMENT_TOKEN_TO_BE_REPLACED

To self-host or not to self-host… that is the question.

END_OF_DOCUMENT_TOKEN_TO_BE_REPLACED

This is officially the longest I’ve breastfed any of my children. With each of my previous four I’ve had to wean before I was really ready. With my first I made it four months before introducing a bottle undermined our efforts. With my second, only two months – then returning to work made it almost impossible to keep going. With my third I managed to go for a full eight months, then when I returned to college I introduced a bottle and she was weaned shortly after. I was dedicated to breastfeeding baby number four for at least a year, maybe the first two – but I became pregnant with the twins when she was only five months old and my body could not keep up.

But as of this past Sunday I’ve been breastfeeding the twins exclusively for nine full months!

END_OF_DOCUMENT_TOKEN_TO_BE_REPLACED

As a mom, I forfeit everything. I have no rights to anything in my home. Not even a slice of toast.

END_OF_DOCUMENT_TOKEN_TO_BE_REPLACED

Today is my husband’s birthday. Other than Christmas and Resurrection Sunday – it’s my favorite day of the year, because my favorite person on earth was born today.

END_OF_DOCUMENT_TOKEN_TO_BE_REPLACED

ATTENTION: This blog is not updated on a regular basis. We've moved to a new and improved site to better serve our readers. Please visit us on our NEW site - The official Coers Family Blog www.thecoersfamily.com 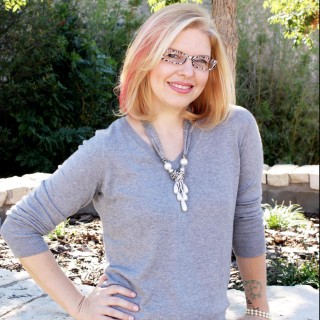 I'm the proud mom of seven children. My wonderful husband and I live in Texas with our rowdy crew and the world's laziest labrador. I love to cook for my family and I'm happy to share our favorite recipes with y'all. Thanks for visiting our site!

Dinner solutions for busy moms on a budget!

Hot off the presses

Clicks From Around the Globe

The Coers Family
A Home with Purpose!
COFFE
browncountyexaminer.wordpress.com/

Stay in touch with our adoption journey.

Welcome to my Kitchen!

Sweet and sassy - just the way folks like me.

Your Mom Has A Blog
Food Done Light

Healthy living one bite at a Time

Theology that is more than talk...